A few weeks ago I requested that anyone who had been affected by the issues in my blog – i.e. those who were experimenting with whisky – get in touch. Three lovely ladies put their hands up, and now here are their experiences. They might entertain you, they might resonate with you, they might even inspire you to drop into a pub and order a dram of whisky.

Get a piece of charred wood, chuck it into a bottle of methylated spirits, and you’ve got the rough equivalent of what my friend Laura tastes when she drinks whisky.

Laura, like many young ladies with style and panache has acknowledged that whisky is the drink of the moment. It’s multifaceted and cool and if you don’t drink it you are missing out. She is also haunted by national guilt. The abandoned bottle of Highland Park in her kitchen, taunts Laura. “Call yourself Scottish?” it seems to say. “You don’t even like whisky!” She ignores it, but like a drunken friend with a line up of shots at 3am, it is tenacious. “Come on, get it down you, you know you want to,” the whisky jibes, until, eventually, Laura caves in, shelves the cherry brandy she was looking forward to and pours a glass of the hard stuff. Maybe this won’t be so bad, she thinks. It’s smells a bit like Mr Kipling’s Battenburg cake. Oh yes, this will go perfectly with a night in front of the fire and a good Scottish drama.

With Waterloo Road on the TV, the lights dimmed and the flames up full, Laura wiggles her toes in her knitted bed socks and swirls the golden dram in her glass. The atmosphere is just perfect. The delicate Battenburg scent intoxicates her and she believes that, finally, tonight is the night that she and whisky will find each other.

But when Laura takes a sip, it’s just the same sensation as every other time: chargrilled turpentine and disappointment.

Laura considers that maybe her taste buds just need some more time to mature; she is still prepared to try different whiskies and let them into her heart. But she is conscious that the process seems to be going on forever and she wonders how much longer it will take. With five months experience under my belt, I tell her it will take time, I like whisky a bit more now than I used to. But as I am still a probationer myself I cannot be certain. I can only hope that Laura finds her whisky feet someday.

Across the other side of Edinburgh, my friend Juliet is also experimenting with the golden grain, but is a little more advanced in her studies.

A brave adult, but scarred by youthful experimentation with cheap blends, Juliet could easily have been put off whisky for life. However after many years living abroad, Scottish nostalgia fired her interest in the drink. Memories of Hogmanay parties, of people dancing, singing and scoffing shortbread meant Juliet would never drift through duty free without buying a bottle of single malt  to sip and think of home. Circa 2009, she could often be found watching a Chinese sunset and lesson planning with a glass of Scotch by her side.

Now, back in Scotland, Juliet is lesson planning to the sound of crap weather, but her enthusiasm for whisky hasn’t abated. Last year she visited the Talisker distillery and loved learning about whisky production. She also has several inspirational whisky drinking friends: one is a member of the Scotch Malt Whisky Society and another has an exciting and humorous whisky discovery blog.

But for Juliet, it is simple. Whisky is locally produced and is part of the Scottish landscape. We should be embracing it, whether it’s having a swift half in an old man’s pub on the way home from Lidl or a rewarding a dram by the fire after a day spent roaming in the Autumnal hills. It’s one of the few drinks that really has an atmosphere that goes with it.

Juliet recently went for a break to a hotel overlooking the isle of Jura. She considered the complimentary whisky sour upon arrival an original and impressive touch. She also considers that maybe if more establishments followed this lead, whisky newbies would get in the swing of things.

And I agree – because, some novices need encouragement to get into whisky. And that encouragement might just be whisky chapping on our door, wearing its cocktail jacket.

I should also mention my friend, Dee, another non whisky drinker. The last time Dee featured on this blog she was pretending to take photos of some whisky but was actually snapping a good looking gentleman next to the whisky. After attending that event, Dee went to the pub (on a different day) and drank the following in one sitting: a Balvenie Doublewood; a Macallan; a Bowmore and a Dalwhinnie 15 year old. She thought the Dalwhinnie tasted like a Kwik Fit garage.

And if that tasting note in itself isn’t enough to entice a non whisky drinker to give it a go, I don’t know what is.

Then there’s me. Where am I at nearly six months into my whisky tasting project? Well, I have progressed somewhat. After attending a whisky cocktail event, I lusted after such concoctions for some time, and I do believe that drinking these has helped attune my palate to the taste of whisky. For example, the Edradour 10 year old which I first thought tasted of vanilla and booze, now tastes sweet, citrusy and rich. It’s like liquid, alcoholic pudding. I have also found that whisky, when sipped slowly, is far kinder to my head the next day than wine.

So, if you are not into whisky but feel like you might want to try, maybe start with a whisky sour or an old fashioned, or pour a dram over your ice cream or sticky toffee pudding. Mix it up a bit with other things until your palate becomes attuned. And then when you are feeling up to it, stop on the way home from Lidl and grab yourself a Kwik Fit flavoured dram in the pub – the real old fashioned way. 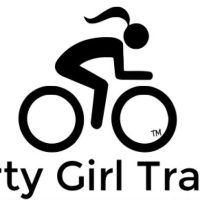