The blurb from the Edinburgh Fringe website began with what was clearly a rhetorical question.

And continued with a question tailored just for me.

“Not sure about whisky?”

Then dropped in another rhetorical question.

“Fancy trying something different and matching it to carefully selected chocolate?”

The “something different” was to drink whisky based cocktails.

Absolutely I wanted to do this! How exciting! Pairing whisky with chocolate and cocktails. It was bound to be a truly decadent affair, and almost definitely my secret passage into the wonderful world of whisky. And the venue was the glorious Pommery Bar, an historical library transformed into an elegant champagne cafe bar for the duration of the Edinburgh Fringe. I was tipsy with delight at the mere possibility.

I immediately found some willing alcoholics…I mean friends, to join me on my Sunday afternoon indulgence and we descended upon our host, The Whisky Belle, for an afternoon of whisky and chocolate flavoured enlightenment.

The Whisky Belle, Annabel, seemed to be delighted at our presence. We were, she said, just the target market they were aiming for. By this, I presumed she meant women in their 30s (who look like they are in their 20s) with a bit of disposable income which they like to spend on cocoa based confectionary and alcoholic beverages that aren’t whisky.

And I have to say, it was easy for us non whisky lovers to be enthusiastic about whisky when Annabel herself showed such delight at sharing her knowledge. Her enthusiasm was enhanced by the careful and intricate presentation of…well, absolutely everything.

Waiting, invitingly, for us at each setting were two glasses of whisky – one a rich, toffee colour and the other a mellow, golden elixir. There also happened to be an extremely handsome South African gentleman sitting at our table, who proved something of a distraction to my friend, Dee (I’ve used her real name in case any hot South Africans want to get in touch).

Soon there were ushered in to each of us four beautiful artisan chocolates, crafted by The Highland Chocolatier. As these were being served we could hear lots of ice rattling from behind the scenes. It was the exciting sound of our cocktails being conceived.

And not long after, the first concoction was delivered: a Whisky Old Fashioned, resplendent with cherries and all.

The Old Fashioned went down like a glass of fizzy pop – possibly because I couldn’t actually taste the whisky in it. But maybe that was the idea. And, surely, liking a whisky based cocktail is a step in the right direction towards fully fledged whisky appreciation.

This first cocktail was matched with the chocolate covered cherry, which was quite frankly, chocolate perfection. It went astoundingly well with the drink, and I believe this was based on more than the just the mutual cherry factor.

Next up was the rich, toffee coloured whisky. And it actually did have hints of Sticky Toffee Pudding about it. Annabel revealed that it was a blend called The Naked Grouse (the scantily clad sister of The Famous Grouse).

Because I have listened to naysayers, I admit to being a little hesitant about blends, however, this was delicious. We drank

it whilst guzzling the All Milk Velvet Truffle and another part of me just melted away. Annabel revealed that The Naked Grouse also goes deliciously well poured over ice cream. I tend to think she might be right.

The next cocktail was a Bramble – usually made with gin, but in this instance whisky – which was paired with an Enrobed Truffle. The Bramble had a very strong taste of Parma Violets and having never tried one before, I’m not sure if this is usual, but it was certainly unique. It also came with an edible flower, which I can confirm is edible in theory only.

The mellow, golden whisky was a Glenturret 10 year old single malt which was more gentle and malty than the Naked Grouse. This was paired with the glorious All White Raspberry Truffle. Bliss!

The notes I was writing on a napkin seem to have ended around this time. I was doubtless starting to lose sense of where and who I was, but I do know that I was having an excellent time. My condition was no doubt exacerbated by the fact that one of my friends hadn’t been able to make it and the spare whisky at her setting had somehow managed to find its way onto mine.

I do remember this, though. From start to finish, Chocolate, Whiskies and Cocktails was amazing. The Whisky Belle fizzed with a contagious enthusiasm for whisky and there was no question she couldn’t answer. Apart, perhaps, from “do you have that hot South African guy’s number?” I truly believe my palate altered in some way during this event and I would most definitely return next year and pretend that I don’t like whisky just to do it all over again. 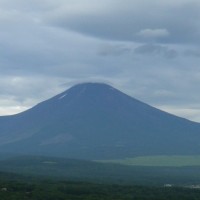 the sofa is boring